When you think of the 70’s hairstyles you might think of the iconic Farrah Fawcett, Debbie Harry, and Stevie Nicks. Each inspired so many young women and even men. Not just with their talent but with their hair and fashion.

In the 1970s life was about experimentation and finding your own individuality. Women broke out of the stereotypical of what society thought they should look like or wear. The days of having a weekly salon visit for a shampoo set were fading. Only housewives and Sunday church ladies were still visiting the hair salon every week.

I can remember waking up to my mom using a clothes iron laying on the living room floor ironing her hair poker straight. Only the next day with orange juice cans rolled up in her hair. Fashion was all about experimenting and using unconventional tools.

The 70s were all about free love and sexuality. No one exuded sex appeal more than Farrah. Men swooned over her and women wanted to be her or at least look like here.

Fawcett starred in Charlies Angels a tv series where she played one of three knockout investigators who work with a man named Charlie who never showed his face.

After the launch of the series Charlie Angels, if you stepped into any hair salon in America, you would find women lined up for a long feathered haircut & frosted tips.

The man behind one of the worlds most famous beautiful hair styling inspirations Alan  Edwards is still working his magic in his California salons. Alan Edwards named his creation “The Farrah” After the actress.

Some hair salons even added the Farrah to their salon service menu. Another name for the haircut was the long feathered shag. A long lengthed with short internal layers with razored edges to create a featherily disheveled appearance.

No Farrah haircut was complete without frosting on top ;). But with beauty comes a torturous method of blonding the hair. The trend was called frosted highlights where stylist put a frosting cap over clients heads and took a needle and pocked and pulled tiny pieces of hair through small holes in the cap. Sounds awesome right? Ouch!

Add bleach, and 30 minutes later you would transform from mousey brown hair to a California golden blonde. All that’s was left was to add the dark tan and sports car.

History has shown us as hairdressers and that we stay pretty close to what’s happening in the clothing fashion industry. Runways around the world for 2020 are lined up with 1970s inspired fashions. Wide leg flared bottoms, bell-sleeved tops, and long wavy boho dresses.

Hairstylist is creating their own 70’s inspired looks today in a modern way. Open Instagram and look at hair salon feeds, and you will see stylist showing off feathered shags long and short and pulling hair through silicone highlighting caps.

So why all of a sudden are we as hair professionals so obsessed with 70’s hairstyles? Why are shags, curtain bangs, and highlighting using a cap so in trend right now?

We, as an industry, have always seen trends come and go and come back again. I honestly, as a hairdresser hoped never to see the highlighting cap again. I see it’s an appeal to hairstylist and clients. I mean it’s fast and a great way to boost someone up to a blonde in no time flat.

Here are some reasons I won’t be returning to this old trend of pulling hair thorugh a cap again.

Now listen, don’t let me discourage you if you see value in frosting caps and see a way to make some fast money by all means. I have lived and worked through it already and not interested in going back.

Now I love a good shag! ?I think the shag is one of the most fabulous haircuts ever. It is the epitome of rock n roll. Long or short you can make a shag look good on anyone. Joan Jett, Rod Stewart, and Chrissie Hynde from the pretenders all have made the shag their signature look for years.

I think it’s exciting that we see layers and texture in hair again. For the last several years we have put a lot of focus on techniques like balayage with long one length hair. It’s time we mix it up again. As a hairdresser, I have always worked with natural progression in mind with my clients. Not always adapting to trends that come along. It’s not because I’m rebellious or to good for that.

I know who my client is and what their lifestyle will allow. When the trend to put rainbow colors in the hair started oh say ten years ago it was great! I was working for Toni & Guy, and that’s what we did. My clients were younger, and it worked well for them.

Now my clients are professionals, and most are not going to wear purple hair to a client meeting. I think it is essential to understand our clients and their needs.

The shag I can see being a big hit and will work for all ages and hair types. For a client who has thought about going shorter, it is an excellent natural progression from long one length hair. I always chat with my clients each visit about natural progression, and before they leave the salon, I give them something to think about for the next visit.

Gotta love a client selfie. Stacking on our #summerofshag #shaghaircut 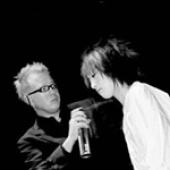 Education has been the driving force for Scott Farmer's career as a hairstylist, salon owner, and platform artist. Scott has achieved multiple awards as an educator from Toni & Guy & Tigi. After serving as artistic director for Toni & Guy from 1999-2015 Scott opened JScott Salon in Lawrenceville GA. & Athens GA. Scott Worked in New York City and before returning to Atlanta to be closer to his family. Scott has established Hair Salon Pro with the aim of dishing out the knowledge he has garnered over the span of 30 years.

Salon Client Retention & How To Scale Your Business

Will Curtain Bangs Continue To Rule The World?

Mushroom Brown Hair Color & Tips On How To Promote The Trend

You have Successfully Subscribed!

We Keep Your Information Private

Our latest tutorials, tips, and tools !

Every week you will get updates on the latest from Hair Salon Pro and first access to new resources, offers, and events.

PS We'll also send you a free 30 marketing plan for your business as a bonus!

You have Successfully Subscribed!

Your information is safe with us!

Stay In The Salon Industry Loop

We never share your information it is safe with us!